Interested in starting your own entrepreneurial journey in food and beverage but unsure what to expect? Then read up on our interview with Nerissa Karacic, Founder of World Moss Inc., located in North York, ON, Canada.

What's your business, and who are your customers?

My company helps solve the problem of mineral deficiency in our population by using a powerful red algae seaweed called sea moss. Sea moss is known to contain over 90% of the minerals present in the human body. Some of the many reported benefits of Sea Moss include dissolving mucus, reducing inflammation, providing thyroid, joint, and bone support, reducing the effects of radiation, acting as a digestive aid for weight loss, increasing energy, and boosting immunity.

I currently source my sea moss from the Caribbean (St. Lucia and Jamaica), where it's been utilized for generations. I have also sourced Sea Moss from Tanzania (Africa) and New Brunswick (Canada). I process the sea moss into a versatile, vegan, and gluten-free gel for a convenient food source and into the world's first sea moss-infused tropical fruit drinks for a guilt-free and healthy option.

There are approximately 3 million vegans in Canada. The Complementary And Alternative Medicine Market Size in North America is expected to be worth over $404 Billion By 2028. With the vast number of functional food options on the market, it's a difficult task for an interested individual to choose the right path of natural supplements. But yet, we know that 80% of Canadians have used at least one complementary or alternative therapy at some point in their lives.

Our company aims to provide a one-stop shop that can be used as one's primary source for health and wellness products. This is possible simply because Sea Moss contains most of the nutrients that your body needs. 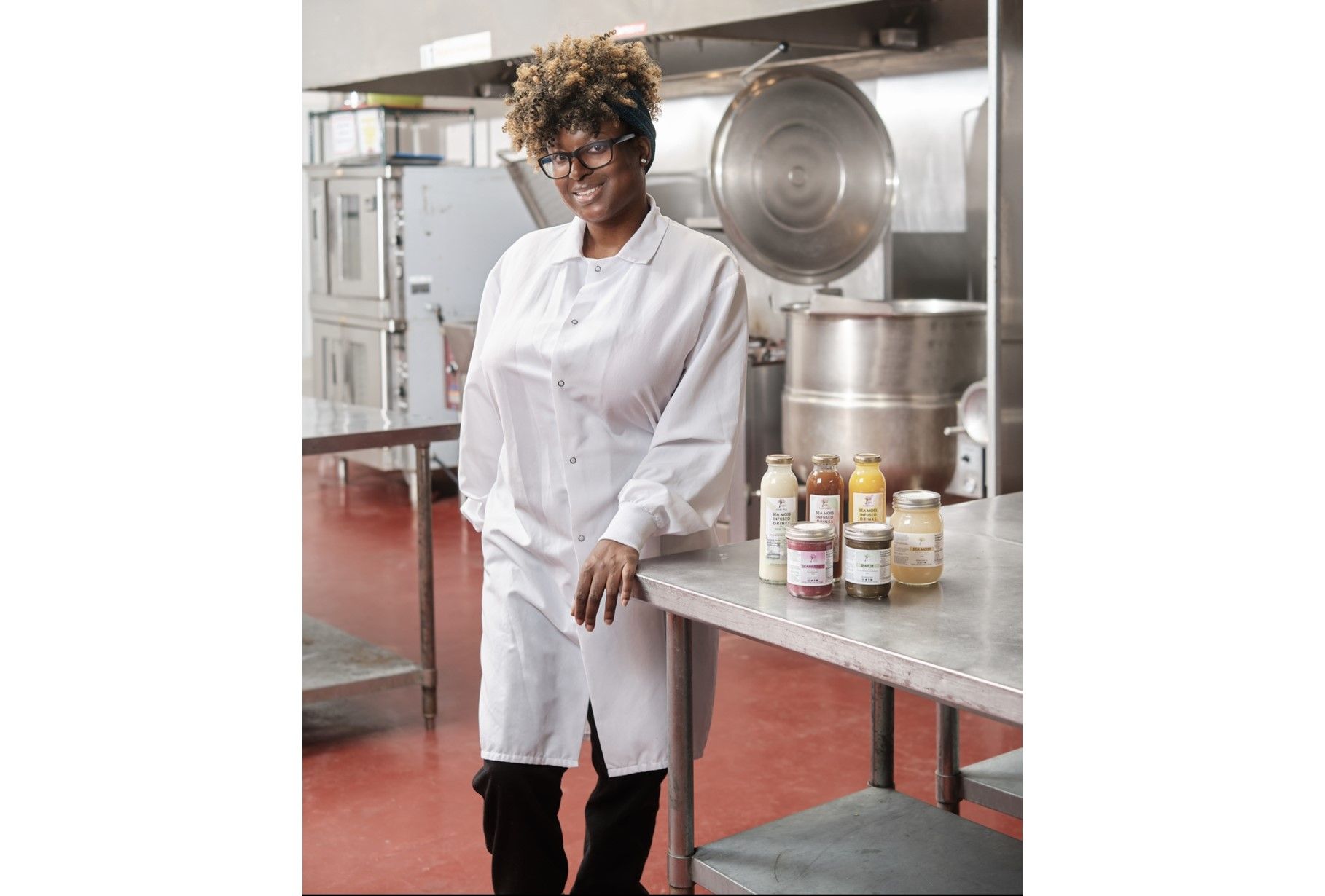 Tell us about yourself

I graduated top of my class as a scholar tennis athlete majoring in biology. My affinity for entrepreneurship landed me a spot in Canada's number one business school, the Schulich School of Business. Being a businesswoman was natural to me, and so was being a mother. After trying to get pregnant unsuccessfully for a year, I was told that my cervix was heading in a cancerous direction and was subsequently recommended to do a series of invasive procedures where I wouldn't be able to even try to have a baby for half a year.

It was at this moment in my life that I decided to seek out natural medicine. One month later, after being on homeopathic medicine, my tests came back totally normal. Three months later, I became pregnant with my first perfect child. Needles to say, I was sold on the idea of natural medicine and started doing a lot of research. Sea Moss was a substance that popped up on my radar because, being of Caribbean descent, it was a familiar term, but I still had never tried it. So I found some. I started using it, hoping to clear up some of my issues associated with anemia and allergies. It worked so well that I gave some to my husband, daughter, friends, and colleagues. That worked out so well that I made a business out of it.

With humble beginnings at farmers and food markets, I was able to educate the public on sea moss, get feedback on my business, receive testimonials, and solidify my product offerings. When the first pandemic lockdown happened, I expanded to e-commerce and ran a few ads on social media, and then that's where the incredible growth started to happen.

What's your biggest accomplishment as a business owner?

Now with thousands of followers, hundreds of subscribed customers, and countless healing testimonies, the aim is to expand World Moss products in every relevant venue in Canada. Our products are currently being carried in the largest plant-based restaurant in the world, the Copper Branch, and the other Caribbean, vegan, and wellness spaces. We stay ahead of our competition not only because we were first movers but because we worked with a food scientist to make our product shelf stable for a number of weeks at room temperature and stable long-term in the fridge.

My business and I were recently featured on CP24 Breakfast Television in a live interview which was easily the highlight of my career in this business. That interview came shortly after being named a Top Mom Entrepreneur in Canada from the Total Mom Show Pitch Competition. I was also featured in the Brampton Guardian and The Star. Links below:

What's one of the hardest things that come with being a business owner?

The hardest thing that comes with being a business owner is staying positive and motivated when things don't go as planned. Being an entrepreneur is full of ups and downs, especially when you strive to move forward and expand. It is costly financially, physically, and mentally to constantly move out of your comfort zone and take chances on yourself. My customers, family support system, and knowing that I will rise to any occasion to produce excellence keep me going.

What are the top tips you'd give to anyone looking to start, run and grow a business today?

At the start of the new millennium, the Canadian-Caribbean and Afro-Bosnian founders of World Moss met at the campus for student-athletes at an HBCU (Historically Black College and University) in Washington DC. Though tennis and basketball were central to this young couple's lives, the academic focus was Biology/Pre-Medicine and Computer Science.

Several degrees and businesses later, those young University sweethearts turned into seasoned married couples and embarked on a fruitful and meaningful business venture. Upon discovering the world-renowned holistic healer Dr. Sebi prior to becoming pregnant with their first child, the incredibly powerful red algae seaweed, Sea Moss, was now on their radar. Used as a means to achieve optimal health for themselves, the idea to use Sea Moss as a commercial functional food in Canada was born soon after.

Where can people find you and your business?